Whenever I need a break from whatever I’m up to, I make the short trek over to the MN Landscape Arboretum to spend a few hours amongst the trees and flowers, photographing whatever turns my fancy.

The day started out just perfect for photographing flowers – still with a slight cloud cover. (But, of course conditions change!) Once parked and equipped with my pack of Nikon D300, 105mm macro, 18-70mm, polarizer, SB800 flash, small white umbrella (for light diffusion) and with my 70-200mm along for the ride, I started out by visiting this fella: 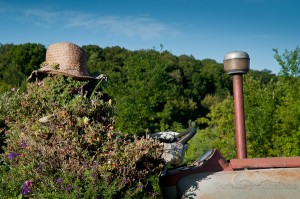 I had been introduced to the flowering farmer a couple days prior by a photo taken by a local photographer. Until I saw her photo, I never knew he was there. My visit led me into the 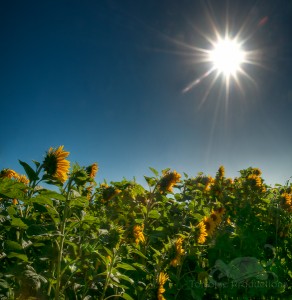 Arb’s rain gardens and a beautiful patch of sunflowers.

While I was there a hummingbird came to visit the flowers, but as I had the wrong lens on my camera I decided to simply appreciate her presence. 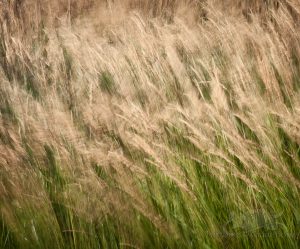 After this I moved back to the Oswald Visitor Center and a large patch of prairie grasses just by the steps into the center. By now the wind had come up a bit, lending itself to an abstract image of the grasses blowing back and forth. I may have to explore them more in the future. 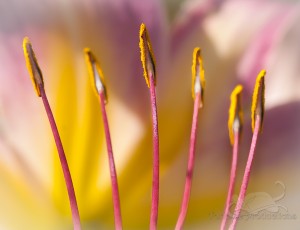 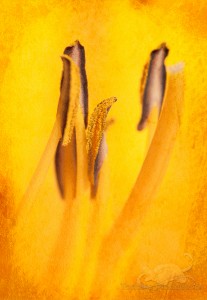 Moving on into the gardens proper I passed many flowers and plants (as well as volunteers busily weeding and watering and tending) but nothing called out to me until I reached the Daylilies. I guess I’ve had a love affair with Daylily stamens for a long time and am still trying to get the perfect image.

In the Perennial Garden I stopped to attempt a shot for a contest being held on one of the photography forums I frequent. The challenge was “Missed Focus”. I don’t know if I achieved a winner (the due date passed a couple days ago), but I did attempt it. 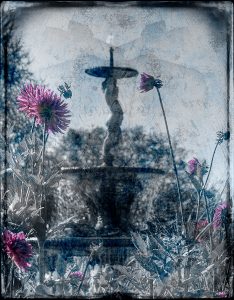 Now, just so you know, I’m not a great lover of roses. They seem to be the thing that EVERYONE has to photogra 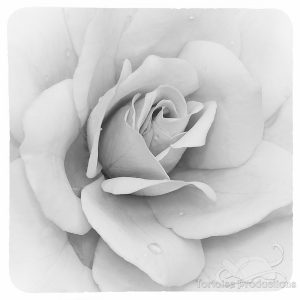 ph, so I tend to avoid them… except on this day. 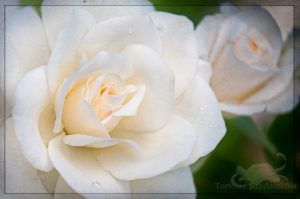 I know I amused some rose garden visitors with my pretty white parasol tucked over my shoulder, but I think I got some photos that I can be proud of. Here’s the exact same rose in two different formats:

The morning was winding on and I was starting to lose some steam, so I meandered my way over to the Koi pond near the Home Demonstration gardens. And once again, I had the wrong lens on the camera as a flock of wild turkeys meandered their way into t 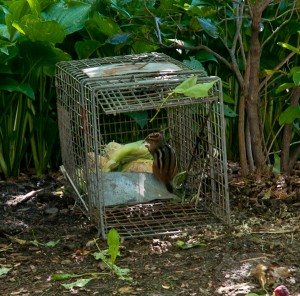 he vegetable gardens. To console myself I sat next to the Koi pond for a long time attempting to get water-level shots of the fish. This was a time I really wished I had 1) my Canon G9 with me and 2) a waterproof housing for the G9. No great shots came out of that experience, but it was enough relaxation time to re-energize me enough to proceed along through the Home Demonstration gardens — noticing the live-animal trap in which a chubby chipmunk was happily eating all the bait.

The Home Demonstration garden is not a place I usually frequent at the MN Landscape Arboretum, but in the future i 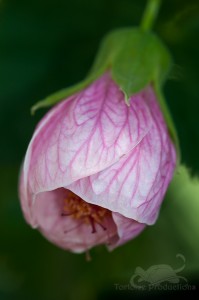 t might be. There I found some flowers and plants I had never seen before. 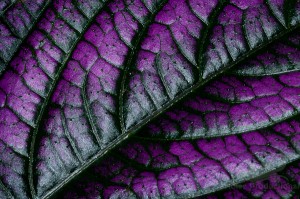 ← the Flowering Maple
and
the Persian Shield →

Yes, the leaves of the Persian Shield really are that purple. How could I resist?

And so, after receiving a call from my husband asking “Aren’t you home yet?” I realized the direct sun and the odd contortions I make to get the right compositions were starting to take their toll on me. Plus, the Arboretum was starting to fill up with visitors (not a bad thing in itself, but large numbers of people sometimes make careful, precise photography difficult), and it was already almost NOON! Time to go home, download what I had taken and contemplate on the successes and failures of the day.